The Vue is one of several mixed-use structures that adds to the vibrancy of the Baltimore’s Harbor East district. Above the 7th floor of its garage, the Vue’s Rooftop Terrace serves as a green oasis above bustling urbanity. This 33,000 sf green roof combines the functional, the aesthetic and the technical to offer users a series of spaces that includes a formal lawn, dining terrace, central fountain, and a dramatic overlook of Baltimore and the harbor.

Emphasis on utilizing plant materials with long flowering times and bright blooms in shaded areas was also a consideration. Hardy plant species, the use of monitored irrigation and the specification of drain mats with varying percolation rates reduce the strain on the City’s storm water system while maximizing overall sustainability.

The walls were a critical element in the design for the role they played as the vertical expression of the concept. The concrete was tinted and cast with a patterned plywood formwork intended to imply movement. Cor-ten Steel accent walls were incorporated in panels and canted planes as a contrast to the concrete walks and walls.

The green roof at The Vue carries the distinction of being one of the largest and most sophisticated intensive green roofs in the Baltimore region. It is a model for the use of current green roof construction techniques, employing a variety of complex green roof technologies as well as refined waterproofing, drainage, planting and irrigation techniques. 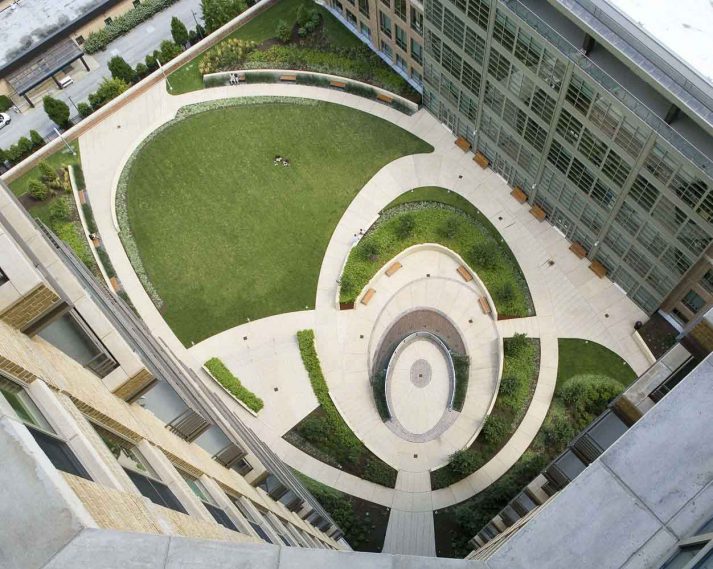 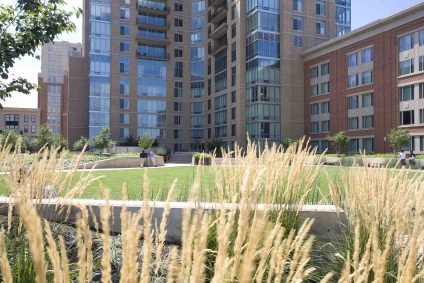 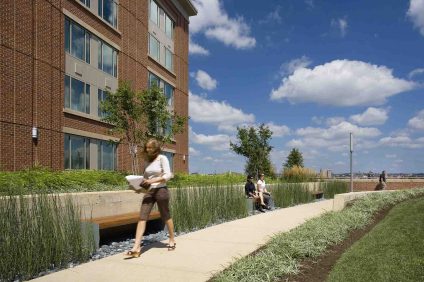 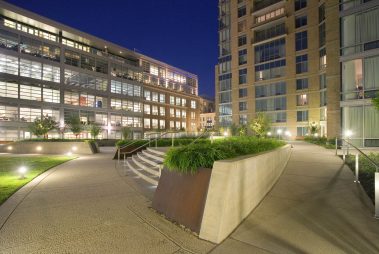 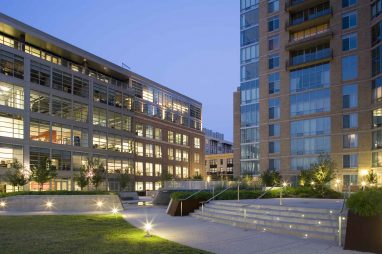 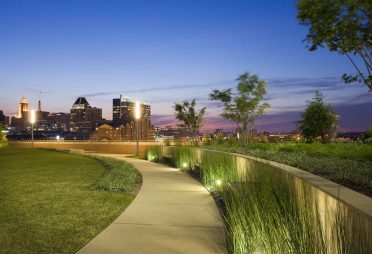 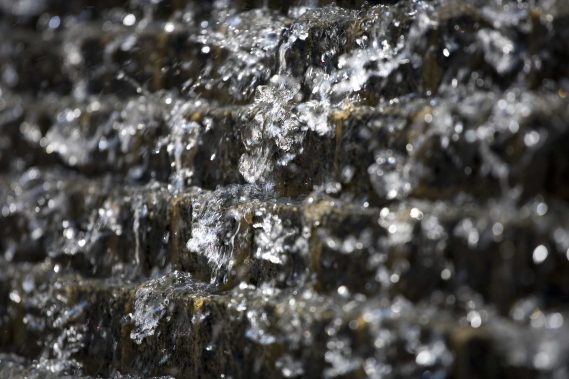 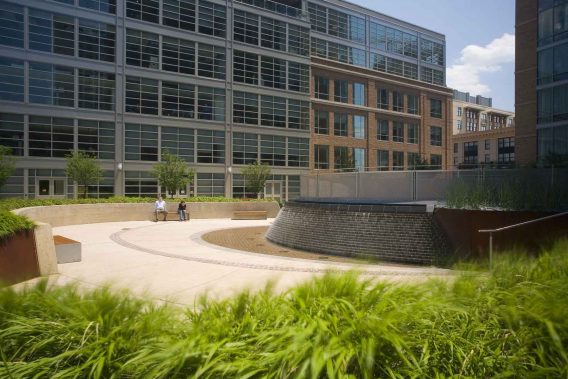 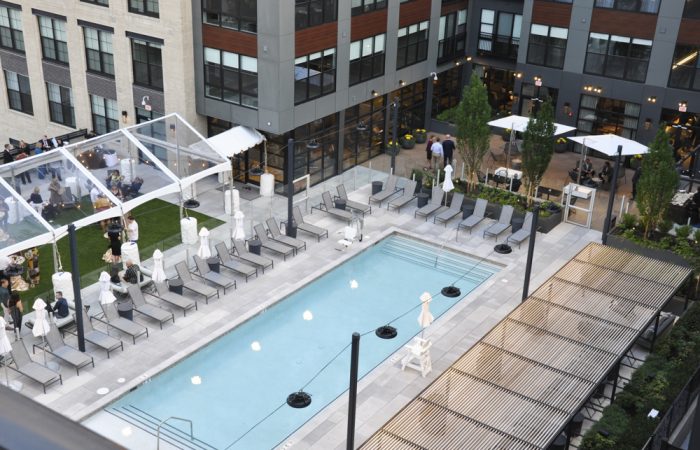 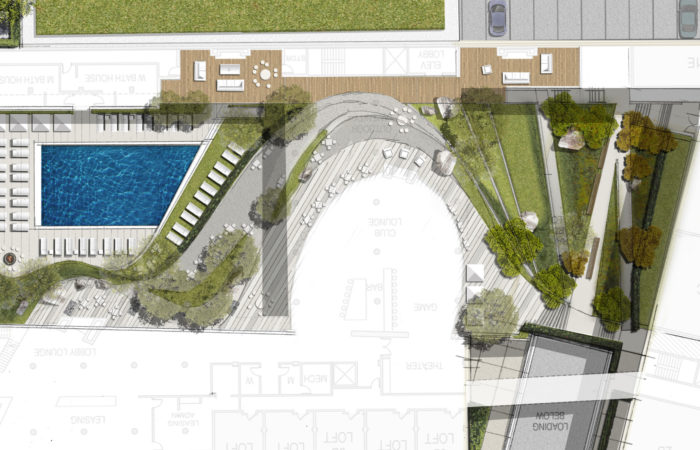 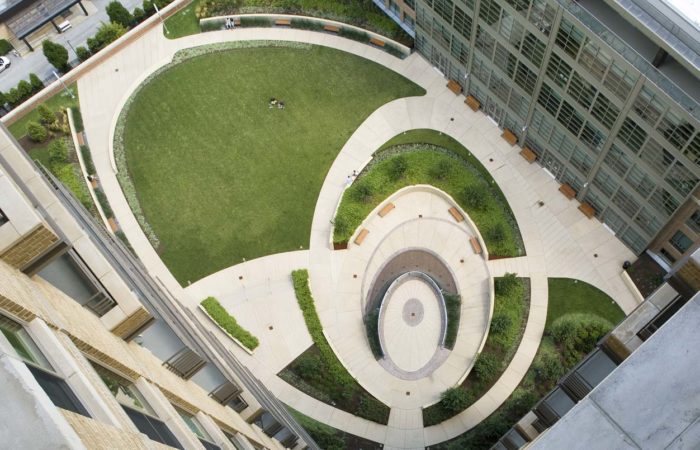 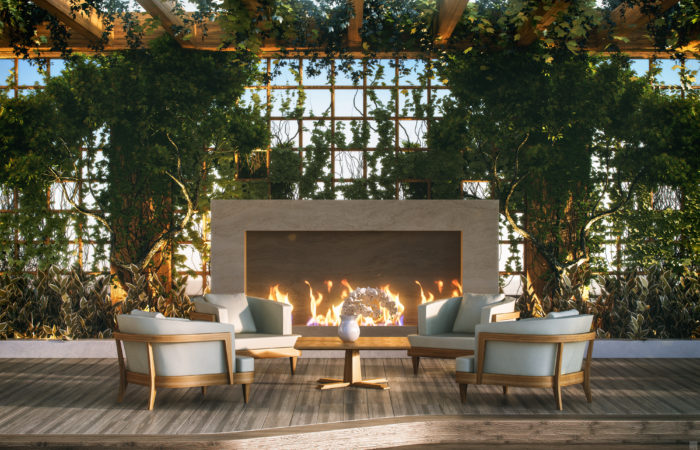 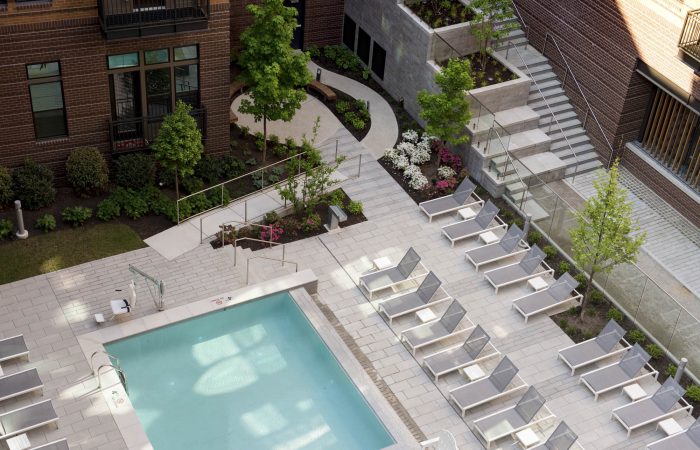 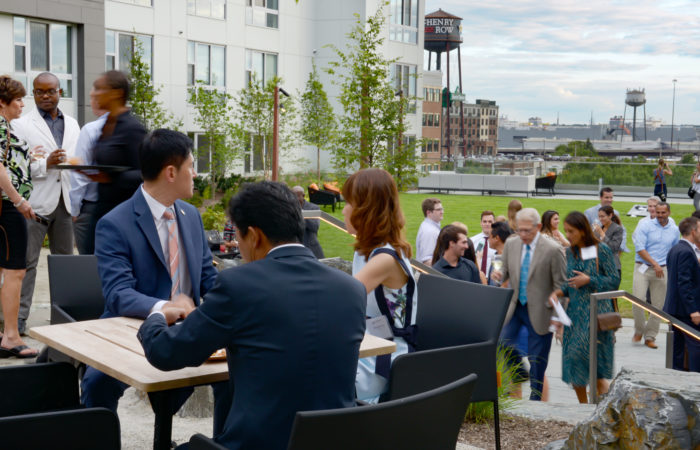 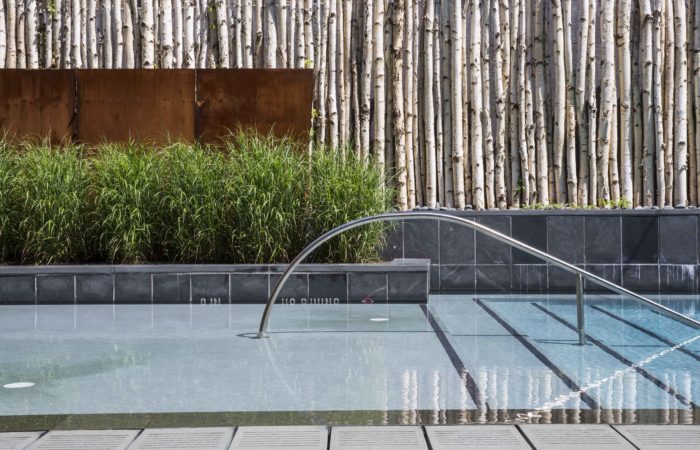 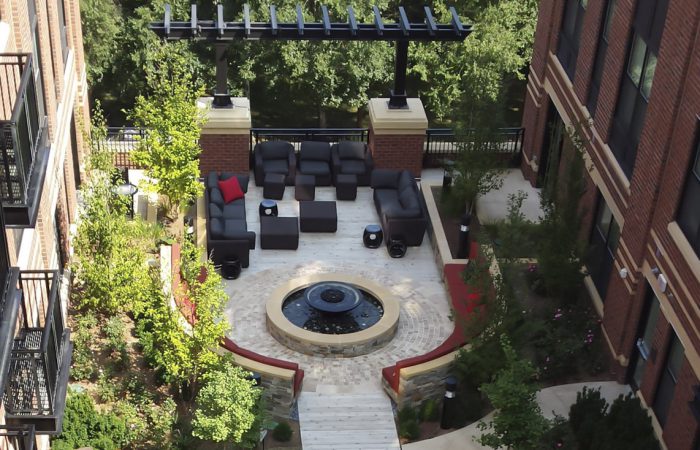 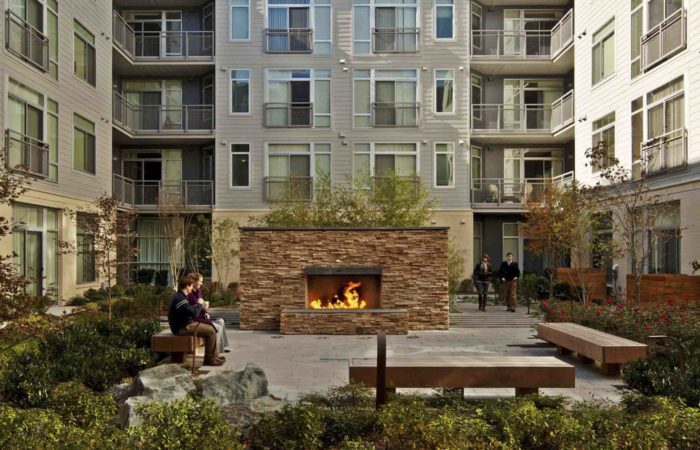 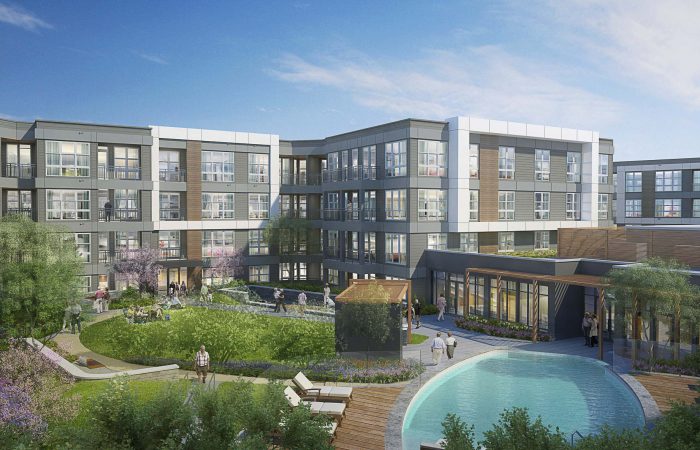 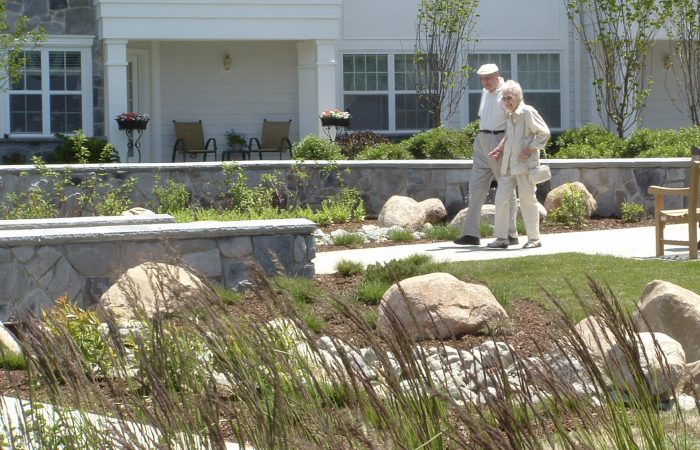 The Heritage at Brentwood 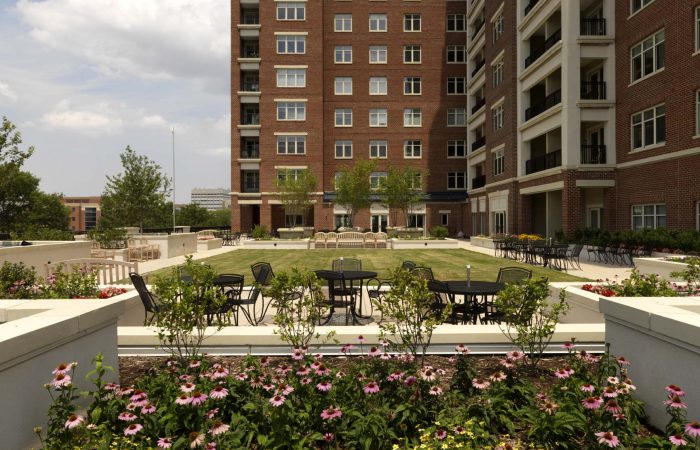