(Baltimore, MD) Mahan Rykiel Associates (MRA), Baltimore based landscape architecture, urban design, and planning firm, won two awards from the Maryland Chapter of the American Society of Landscape Architects (MD ASLA) on Friday night at the awards ceremony held at the Vollmer Center at Cylburn Arboretum.   In the unbuilt category, MRA received a Merit Award for Lancaster Square, a project in Pennsylvania. In the design category, MRA received a Honor award for Union Wharf, a waterfront community in Fells Point. 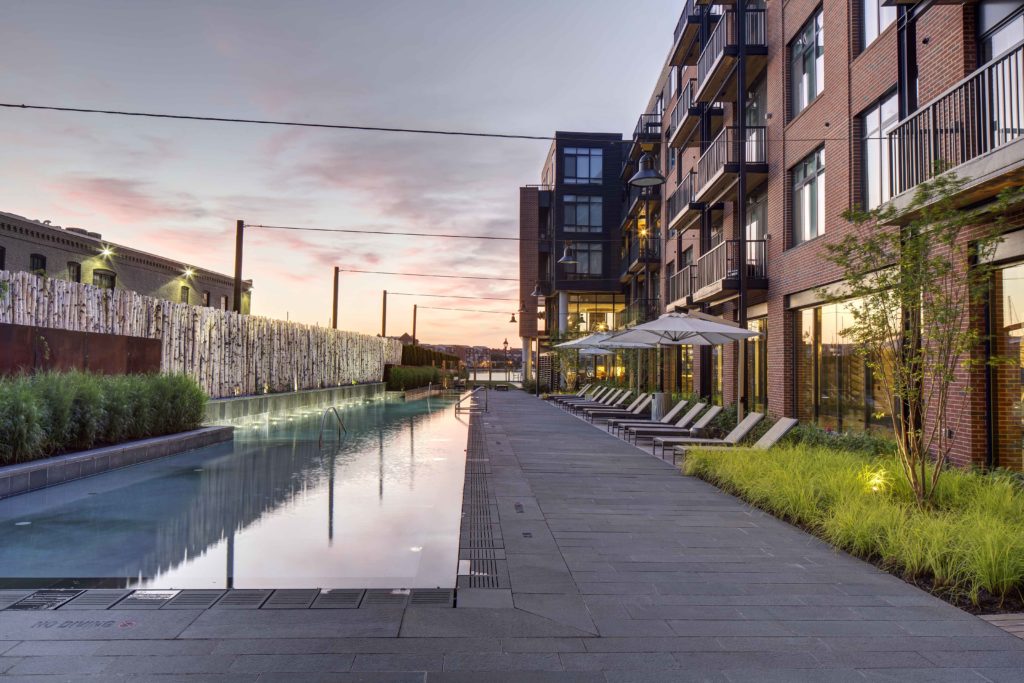 Union Wharf is a mixed-use waterfront community that brings 281 upscale apartment homes, 4,500 square feet of retail, and parking to Baltimore’s historic Fells Point neighborhood. The development’s rich material palette creates an eclectic, industrial aesthetic which complements the architecture of the surrounding community. Mahan Rykiel’s role included concept development through construction services for the site. The scope consisted of four amenity courtyard spaces as well as streetscape and waterfront promenade design. The pool courtyard, most closely associated to the project’s leasing, incorporates a strong, industrial, yet contemporary design aesthetic. The space consists of a tapered, three-sided, 120 ft long pool, corten clad feature wall, along with a series of well-considered, custom designed site elements. The three additional courtyards command waterfront views, providing an attractive, contemplative setting for residents. Each courtyard addresses a different programmatic requirement, but collectively maintain a strong and cohesive design aesthetic. The project is LEED Gold. President, Peng Gu said, “it is very exciting to be recognized by our peers for our design, but it is also fulfilling, as a designer, to see the residents enjoying the spaces we designed.” The design team included Peng Gu and Terry Burns. See more images 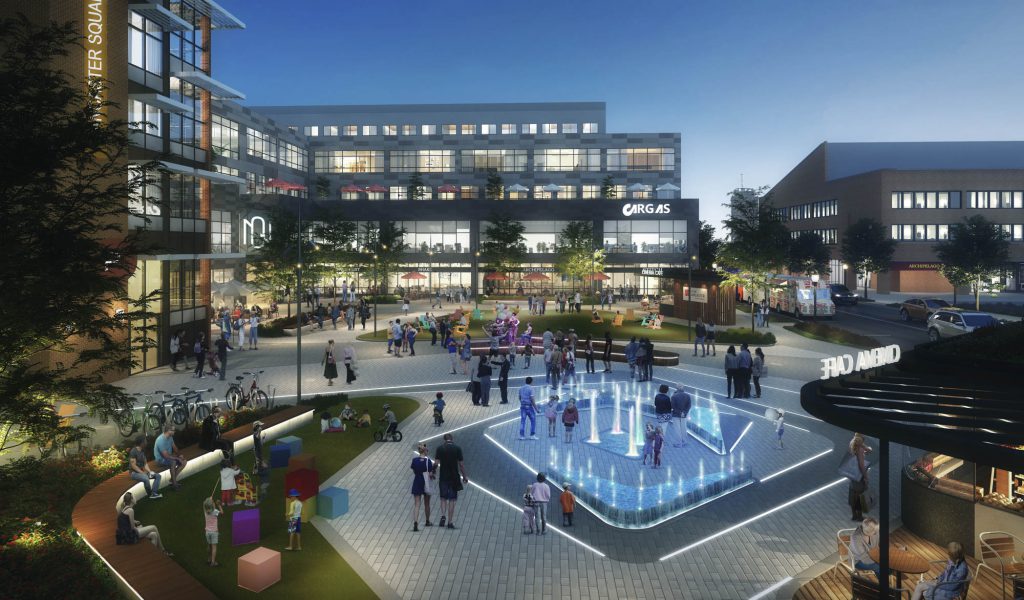 The City of Lancaster hired Mahan Rykiel to work with the community to create concepts for the renovation of the plaza known as Lancaster Square through a collaborative, creative placemaking process. The plaza is in the heart of the City and it was imperative that residents from all quadrants of Lancaster feel ownership. The goal of the project was to increase programming and recreational potential for the area as part of a revitalized block and to incorporate a public art component. Beginning in the summer of 2018, the project team coordinated several public input opportunities, including participation at the annual Celebrate Lancaster festival. The final concept incorporates community desires and expresses Lancaster’s identity with an innovative design that presents an inviting, comfortable space which offers a myriad of activities—from outdoor dining, seating areas, a reading room, kids’ play areas, and green infrastructure. The plaza incorporates a stylized Lancaster Rose, the symbol of the City. Initially presented with concepts, the City agreed upon a preferred scheme, and MRA is now working on the next design phase. Matt Renauld, the project manager said, “The public engagement guided our design process, and we are excited about beginning the implementation of this transformative space. The people in Lancaster are already appreciating our design and that is very rewarding,” Matt said about winning the award. Other design team members included Tom McGilloway, Megan Oliver and Travis Donofrio. See more images 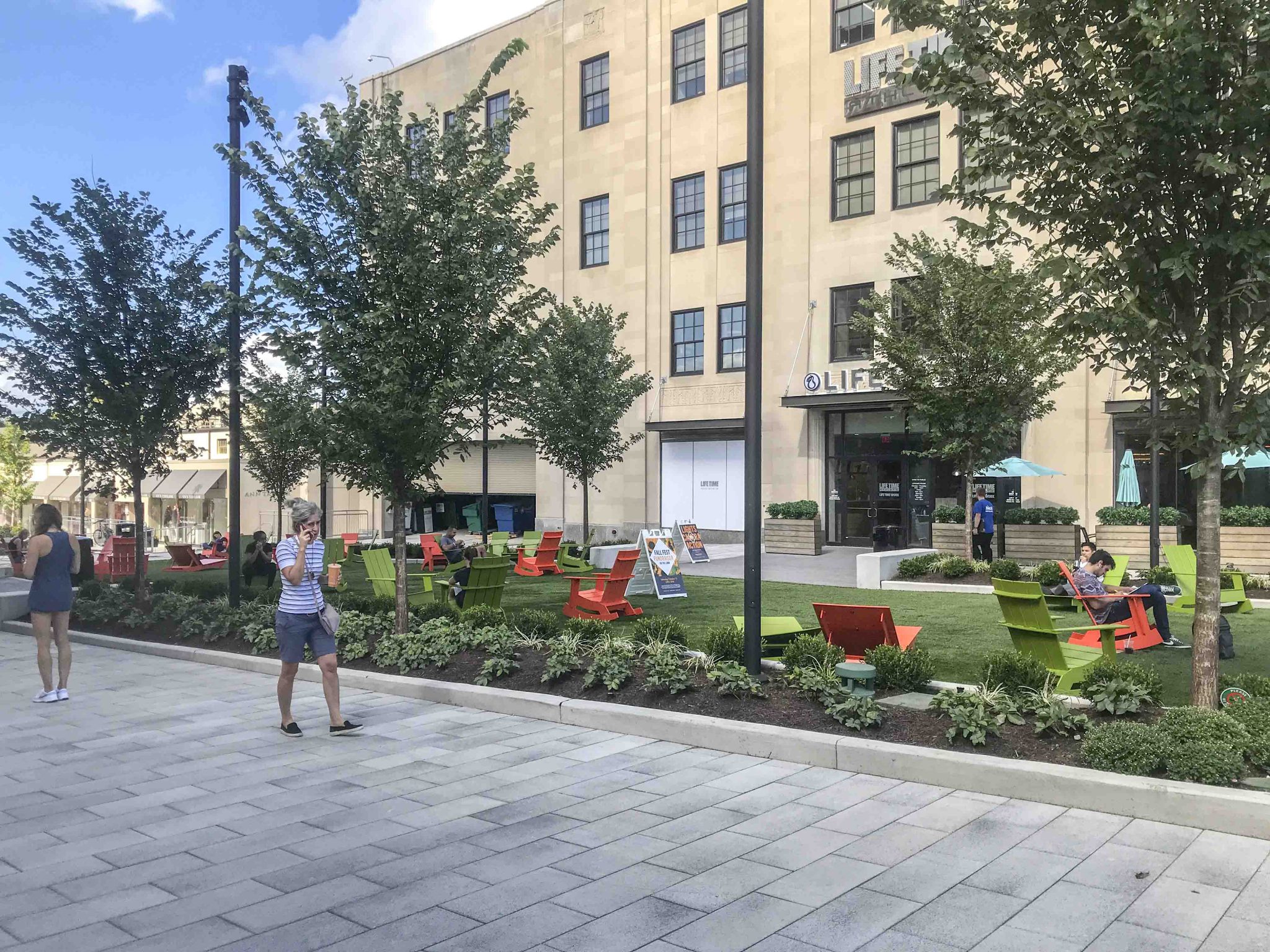 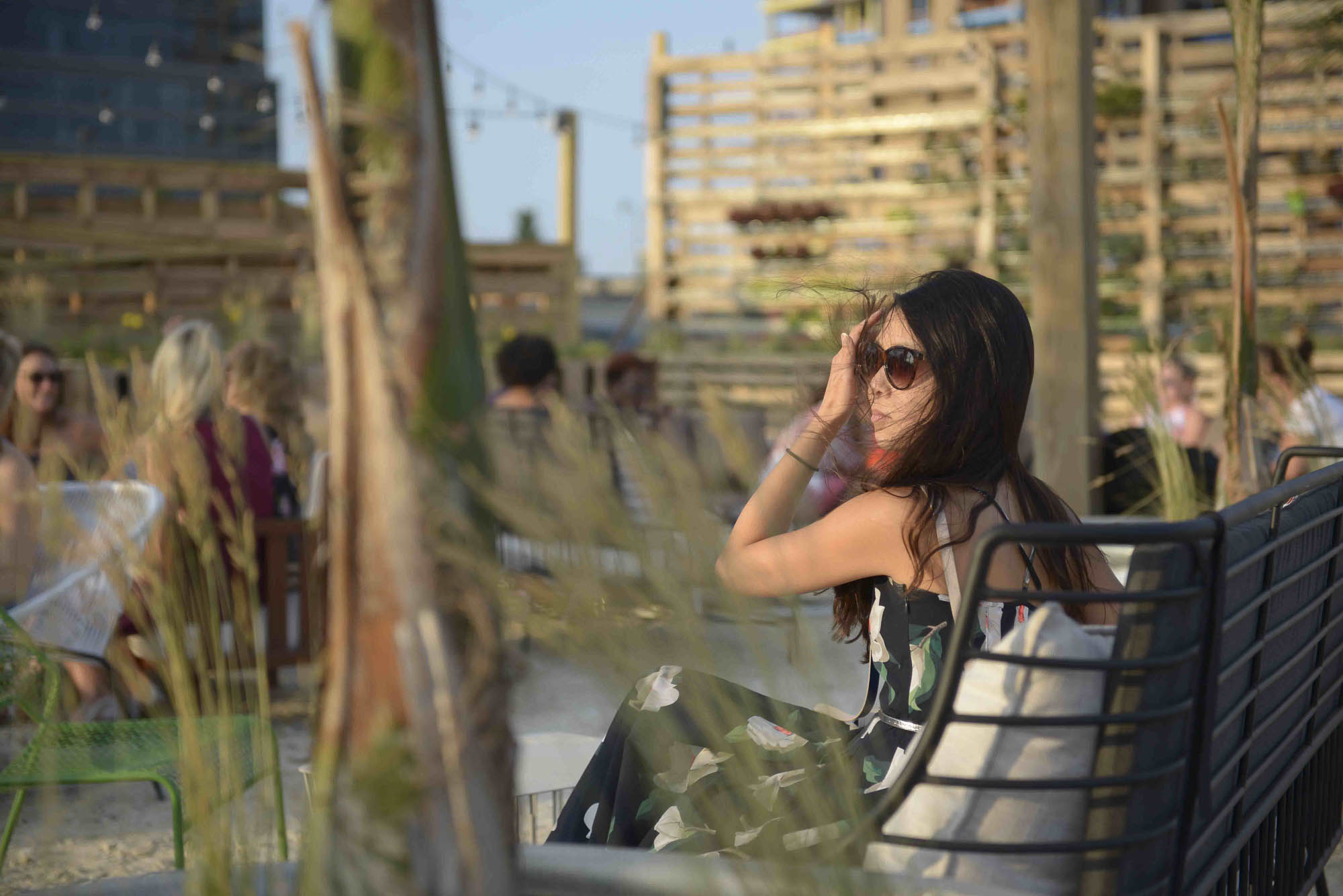